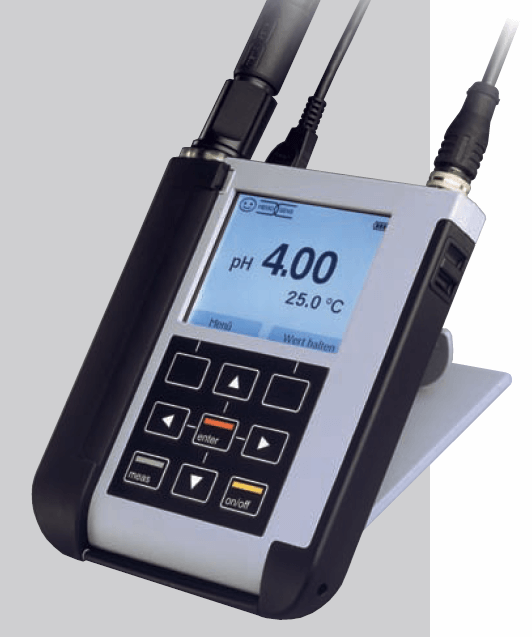 The IECEx certified portable conductivity meter is called the Portavo and is available with a range of models & options.

The meter is intrinsically safe for use in Zone 0 & 1 applications & also includes ATEX certification, in addition to the IECEx certification.

The Portavo 904X is available, as a pH meter, a Conductivity meter or a Dissolved Oxygen meter. A combination meter is also available which allows you to swap the probes while keeping the meter the same, due to the meter utilising the same Memosens technology as used on Knick’s fixed systems.

Memosens probes allow you to swap your current probe for a pre-calibrated one of the same type or a completely different type & start measuring the new value within a few seconds.

A datalogger which can hold upto 10,000 values is built-in & its data can be downloaded via USB using the free software.

Ideal applications would be oil refineries where you will be able to measure the conductivity levels in the field & won’t have to bring the sample back to the lab. Thus saving lots of time & money.