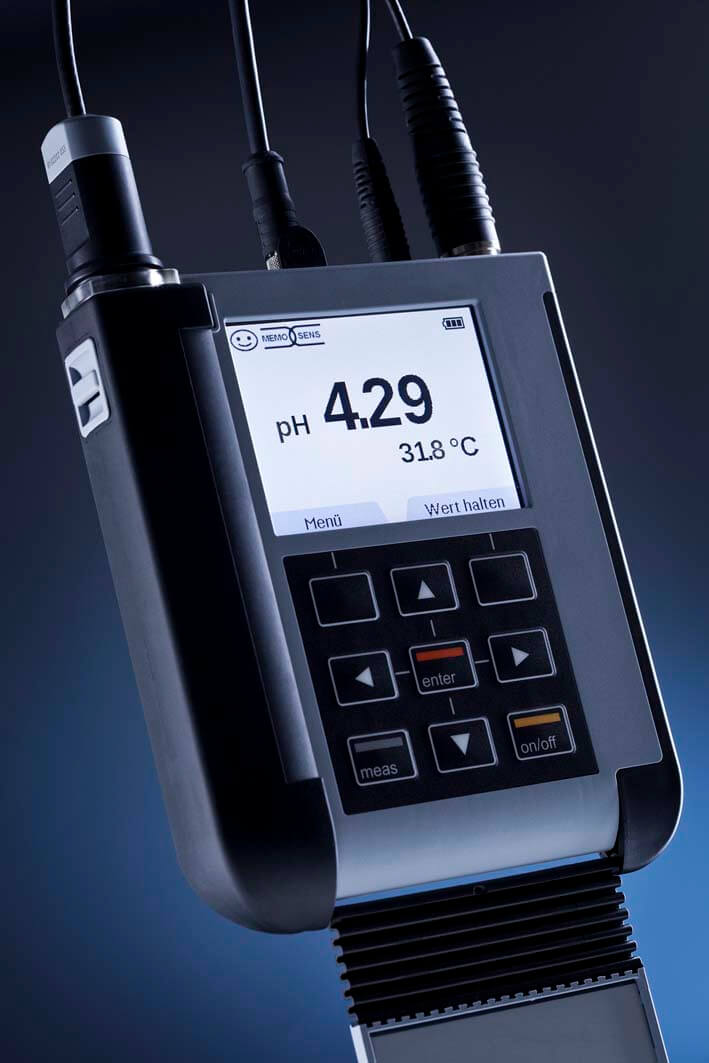 There has been an increasing demand on mobile measurements in the field. With Portavo series, we can support the users with elaborate and practical solution in Portable Liquid Analysis, without compromising the measurement accuracy. The Portavo series is the first portable analyzers in the market for measuring pH value, conductivity or dissolved oxygen with Memosens technology. Also, it is the first portable with IECEx approval for zone 0 and Zone 1. Portable Liquid Analysis with Analog sensors and digital Memosens technology in one device for the first time is possible with Portavo Analyzers.

Portavo analyzers are uniquely tailored to practical requirements in other ways as well. All Portavo housings are made of high-strength plastic and are designed for rough industrial use – thanks to IP 66 protection. An integrated protective cover that protects the display against scratches and damage in the field can be used as a benchtop stand in laboratory applications. We can offer the right solution for all needs with a selection of different versions: the Portavo 902 is available as the economic base model for measuring pH or conductivity. In the 904X hazardous-area version, the Portavo 904 is also available as a Multiparameter analyzer. The Portavo 907 for demanding applications also allows the use of optical oxygen sensors. While the Models 902 and 904 are equipped with static displays, the Portavo 907 offers a four-color matrix display. Versions 904 and 907 feature a lithium-ion battery, additional memory for data logging functions and a USB interface, supporting remote control and configuration from a PC with the corresponding Paraly 112 software.  Measurements, calibration logs and data can be archived, displayed, documented, printed and processed on a PC with Paraly 112.

Please visit: https://www.youtube.com/watch?v=rADNBV9r–k for a short demonstration of our Portavo series.